On Site Gas Systems designs and builds nitrogen and oxygen gas-generating systems that are employed by dozens of industries. From oil and gas, to beverage and medical, to chemical and lab systems, these generators are found in plants throughout the world. Yet despite leadership in its field, On Site Gas Systems Australia found itself relegated to the periphery at conglomerate dominated trade shows. Lost among the giants of Chevron, ConocoPhillips, ExxonMobil, and others, Rodney Rodrigues, General Manager for On Site Gas Systems Australia, looked for something beyond large photos to distinguish their booth, better explain their business, and stand out in the minds of potential customers. “I thought if we had realistic scale models of our equipment, we’d have a lot more foot traffic in the stand,” says Rodrigues. “That’s what I wanted to create: something to draw people into the booth so we could start a conversation.

Detail, Quality and Strength
Voicing his frustrations to a coworker, the idea of 3D printed models came up. Rodrigues explored the options available and decided on Quickparts, which provides instant quotes for custom parts production, anywhere in the world. Rodrigues requested a sample from Quickparts and was blown away by the results. “The levels of detail, quality, and strength of the sample were simply amazing,” he says. Rodrigues collected CAD models for five different On Site Gas Systems products and sent them to Quickparts along with photographs for 1/14th scale reproduction and painting. The models ranged from a 10-foot-long container with equipment inside to a 55-foot-long flatbed trailer with equipment on top. Quickparts scaled the files and made structural modifications to maintain design integrity. Quickparts printed using SLS technology and hand-painted the models to create exact replicas. The On Site Gas Systems’ scaled models preserved all product features down to the finest details. “The results were amazing,” Rodrigues says.


A World-Class Display
Showcased at the Gastech show in Singapore, the models were an overwhelming success in drawing attention to the company, and more importantly, in starting conversations with new prospects. “I felt we were on the same level or beyond the biggest stands in terms of the presentation of our products. We truly had a world-class display at the show,” says Rodrigues. “The models were a great starting point to communicate what we do.” Following this success, Rodrigues says On Site Gas Systems will continue to use additive manufactured models at future trade shows, although he suspects he won’t be the only one for too much longer. “If your objective is to get people to stop and notice your products, 3D printing is a sensible and cost-effective way to make a big impact,” he says. 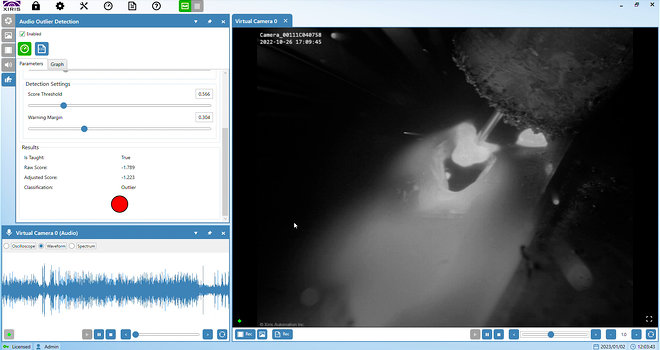